…“When you look at what’s going on around you — you can’t ignore it,” Superintendant Brosdal said. “Are we going to wait around for something before it happens?”

It has been a few months since the district hired its guards from Hauppauge-based Pro Protection Security Inc., and with the school year now over, those guards, such as elementary school guard John, said they have settled into a routine.

“I man the hallways, make sure no unauthorized persons come in around the building, are going outside unauthorized — I check the doors, make sure they’re locked,” John said. “The students and staff see me every day — the same face — and they get used to me. I think that’s really important for what I’m here to do.”

…Innace and vice president of Pro Protection Christopher Alger both said the recruitment process for the guards in Mount Sinai was rigorous and included background checks. The district specifically didn’t look for prison guards or people that Innace called the “bouncer” type. All the guards at Mount Sinai are trained in what Innace referred to as “verbal judo,” or using speech to de-escalate tense situations.

…Alger, who himself is a retired NYPD detective first grade, said the armed guards are just a part of the four D’s of security, which are: detect, deter, deflect and defend. Cameras and staff can act as detection. Layered entrances, such as vestibules, locked doors and perimeter fencing function as deterrents. Glazed and bullet proof glass works well as deflection, but Alger said a guard capable of stopping an intruder is the only real defense against an intruder. 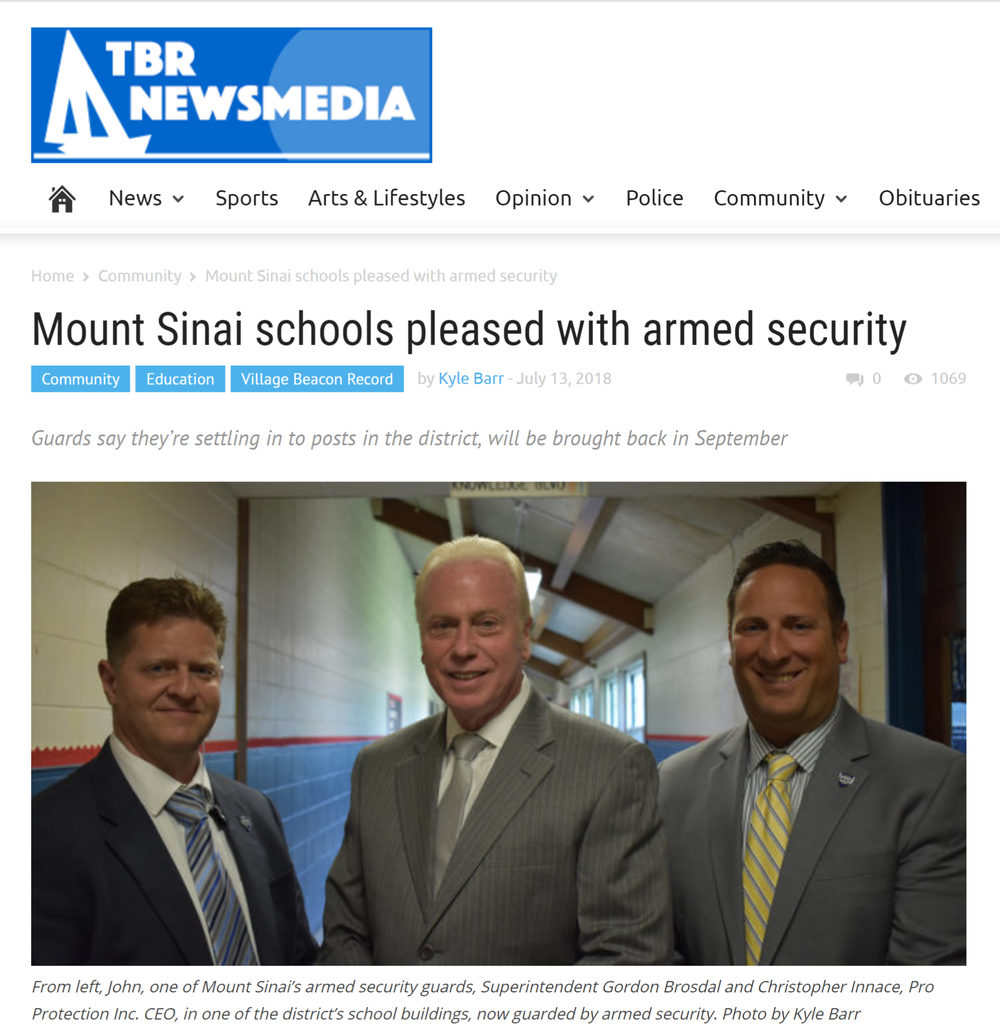 We are always looking for talent

Our team is growing. If you are interested in private security, click the link below to learn about employment opportunities.

Pro Protection Security Inc. is operated by a team of law enforcement members who are Certified Protection Officers (CPOs) dedicated to the security of their clients. Learn more about our leadership team.